Edit: This has been fixed, you can revoke access you granted now.

CREST refresh tokens do NOT currently have any expiration. If you grant “characterLocationRead” to some web app, that app will be able to track your character until Hell freezes over, aka CCP Soon.

I’ve been playing with “characterLocationRead” over the weekend, and it made me think about how to protect the CREST refresh_token from prying eyes. Because the refresh_token is incredibly dangerous - it does not ever expire, so anybody who gets his hands on it will be forever allowed access to the CREST api on (or against) your behalf.

… the refresh token can be stored and used indefinitely. (Users can revoke access for individual apps on the support site)

I’ve used authed CREST before with a market app I wrote, but I did not remember anything about revoking access for refresh tokens, so I took a look. 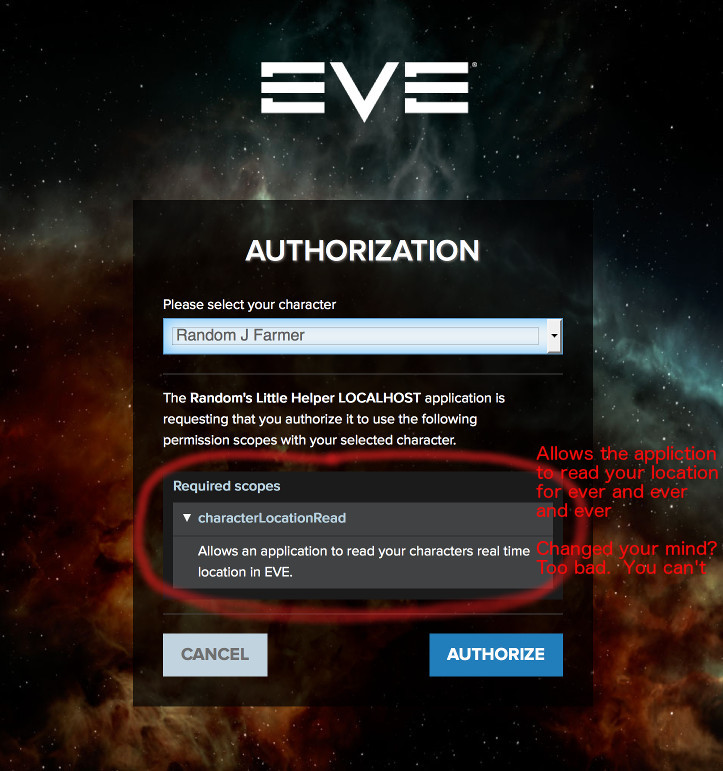 There is a menu “Third Party Applications” on support.eveonline.com, but it does not even show you the third party applications with tokens. The screenshot below was taken immediately after the login screenshot (above) and testing the location read API call. And it should show more than that. I’ve been testing all weekend with multiple apps. 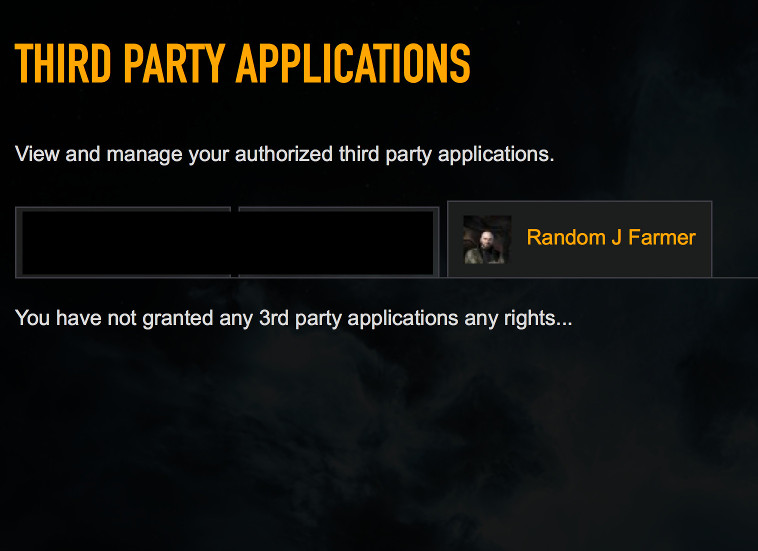 So it would seem CCP is aware of the problem, but they didn’t give it priority. Hopefully they will do so soon.

Until they do, I won’t be granting scopes to applications I did not write myself.