I’ve found some solo fights and I’ve flown some with my new corp mates. Mostly I don’t freeze up anymore, some fights were even decent. 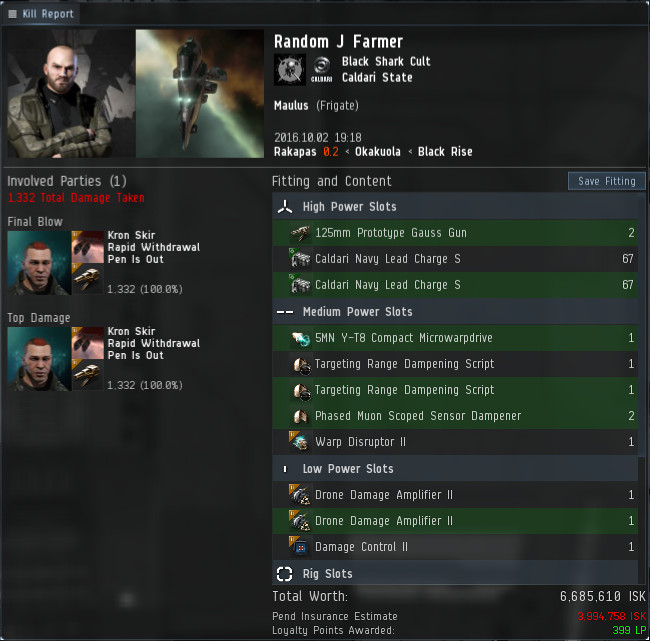 Maybe it’s my inner tackle pilot taking over, or maybe I am just too impatient, but when I want to engage an enemy it’s deeply unnatural to me to fly away from them.

So I was burning tacticals at a gate in Rakapas, and a Wolf starts burning towards me. He was faster than me by 800 m/s or so. Once he was withing 100km, I turned and tried to do an angled approach. In retrospect, I am deeply impressed with his piloting - he reacted immediately and aggressively and turned to where I was heading.

I tried to turn away again, but the damage was done and I had lost too much ground. I was too late with the damps as well. For a few precious seconds I did not take damage, and my drones … mostly missed him. Wolf too fast for Hobgoblins. And then he was in range and I blew up.

Probably not a winnable fight even with good piloting, but I’d like to try again anyway.
Because sometimes, you eat the wolf :)