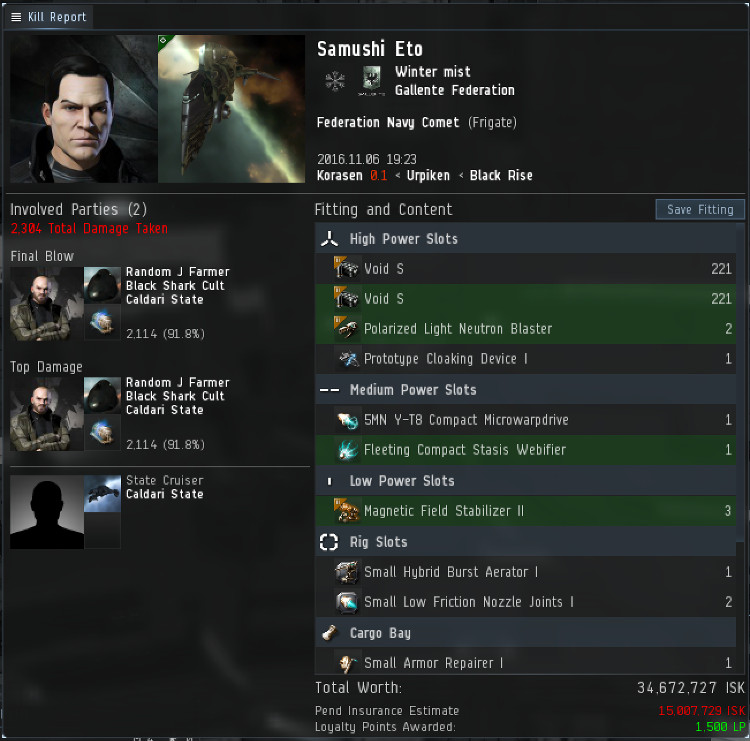 I love this killmail. My pod got final blow on a Comet. Did top damage too, with a warp scrambler. Pod scram OP.

I had been chasing the comet out of its plex twice, when it appeared on D-Scan again with a Confessor in tow. But I was in a cheap ship and in the mood for some explosions, so I overheat my guns and prop mod instead of aligning out.

The comet came in first. Aproach, lock, scram, web, apply overheated void blasters to the face. No kiting attempts which was excellent news - once the confessor joined the fight my seconds would be numbered. And join the fight he did. The comet was going down, but now I was going down faster. Beep Beep Beep Beep … switch to warpout tab … he disappears from my lock … I pop … and frantically click the warp button. 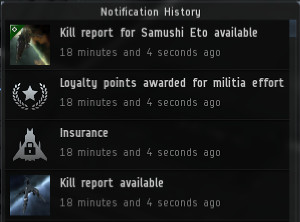 And the world would be poorer for it.